The curse of success 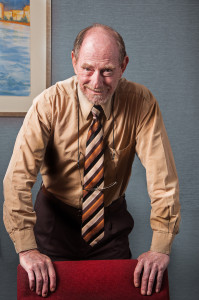 Success carries its own inherent hazards. To achieve success you had better find out exactly what actions produced the success. Was it a new marketing campaign? Did you hire a new executive? Get rid of an old one? Introduce a new bonus programme for staff? A combination of the above?

Success is sweet when it arrives, but it is also dangerous. Oh, so dangerous, because the temptation is to assume that success will continue of its own accord with no external guidance or direction. That’s the first mistake.

Everyone has experienced success (let’s call it Affluence, since this is its more proper designation) at some time or another.

There’s a bundle of cash sitting in the bank account and things are looking good. There’s a pipeline of new business waiting to be cashed up.

What could go wrong?

The Affluence is violated the moment you start spending on new cars, expensive offices, overseas holidays. Suddenly, the cash account is depleted and that big order you were counting on has disappeared. Now you are thrown into Emergency.

Emergency and Affluence are operating conditions that adhere to natural laws. It was L Ron Hubbard, who developed an entire body of technology for administering organisations, who codified these conditions or natural laws.

So, how do you maintain an Affluence?

Do these steps – as simple as they may sound – and you will maintain an Affluence. Mr Hubbard described it as the most dangerous of conditions in the sense that if you don’t recognise it as such when it comes along, you will spatter yourself all over the street. Spot it correctly and apply the formula, and it is a rocket ride all the way.

It is horrible to see a violated Affluence condition. It is almost routine in the business world. A big chunk of money comes along and the company decides it is time to splurge on something it does not really need.

In the next article I want to discuss the condition of Emergency, which is arguably the most violated condition there is.