Eight ways to separate truth from fiction in a job interview 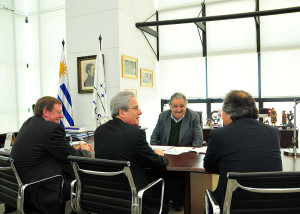 Let’s face it: we’ve all embellished the truth a little in interviews, particularly job interviews. It’s human nature. We talk up our abilities and accomplishments and skate deftly over our shortcomings. We airbrush out of our CVs the pock marks and skirmishes of our professional lives, presenting a photo-shopped version of who we really are.

The problem with this is, recruiters have this uncanny ability to see through the white lies and tend to probe into those dark areas of our lives we would rather remain entombed.

The truth – however uncomfortable – is the best remedy in such situations. As Mark Twain wrote: “If you tell the truth, you don’t have to remember anything.”

The following eight points are red flags to a recruiter.

Recruiters are practiced at seeing through the camouflage, so a word of advice for candidates: stick with the truth. No matter how uncomfortable, you get more respect from recruiters and employers. Mistakes are more easily forgiven than lies. And, as Mark Twain put it, you don’t have to invent anything so long as you stick with the truth.