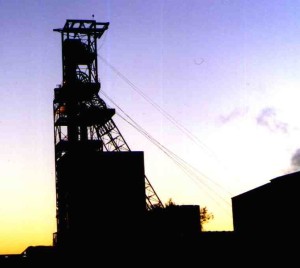 The South African economy shed 118,397 jobs in February, marking the biggest monthly loss in almost three years. This is according to Adcorp Labour Economist Loane Sharp in the latest Adcorp Employment Index.

But the good news is that government’s newly introduced employment tax incentive is already working, and will create roughly 852,000 jobs according to Adcorp. The arrival of the tax incentive is timely, given the dire news of job losses in the private sector, particularly mining.

According to Adcorp, the biggest losses were recorded in permanent work, which lost 104,593 jobs, and temporary work, which lost 26,832 jobs. From a sector perspective, the impact was diverse. Significant job losses were observed in mining (-60.5%), transport and logistics including communications (-21.7%) as well as wholesale and retail trade (-6.9%). All economic sectors shed jobs during the month.

All occupations shed jobs during the month, mostly among trades workers (-15.1%) and clerks and other service workers (-8.7%). The only sector to create employment was the informal sector, numbering 13,028 jobs for the month.

While the current figures paint a discouraging picture, Sharp is optimistic about South Africa’s newly launched employment tax incentive and its ability to have a sustained positive impact in the labour market. This impact will be initially felt by the burgeoning low-skilled, low-paid youth, with the potential for a more widespread impact on other employment groups in years to come.

Sharp says, “The defining characteristic of the employment tax incentive is that it is the first policy measure that seeks to stimulate the demand for labour.”

He states that the employment tax incentive is defined by its strategic focus; its emphasis on the creation of demand for jobs; its side-stepping forceful opposition from the Congress of South African Trade Unions (COSATU); its profit motive; its hypothesis of linkages between employment and wage costs; and its focus on the formal sector.

“For the above reasons, the employment tax incentive represents a great leap forward in the government’s thinking about South Africa’s unemployment problem. It is targeted at the right group, namely unemployed youth between the ages of 18 and 29. It is the first governmental initiative to directly stimulate the demand for labour. It has been introduced despite fierce opposition from COSATU. Its underlying mechanism is the profit motive. Inadvertently, it is a decisive test of the link between wages and employment. And perhaps by design, it is intended only for formal business enterprises.”

Although the incentive will initially be limited to low-skilled, low-paid youth, the government has indicated that the success of the programme will determine whether it will be extended beyond its current 31 December 2015 deadline.