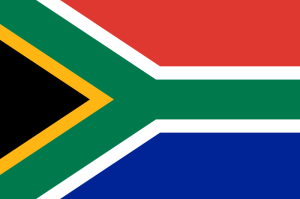 South Africa’s official unemployment rate is 25%. Right? Well, what if that is wrong. What if it is actually as low as 11%?

Les Owen in the Independent looks at a new book entitled South Africa @ 20: For Better or for Worse? which explodes some of the myths about SA. It kicks off by looking at actual unemployment in SA. “At Adcorp, we have reliable research that proves Stats SA’s official measurements of employment is to be questioned. While there may only be 12.96 million people formally employed, there is a total of 19.2 million people engaged in some or other form of economic activity, properly counting the informal, unofficial sector of the economy.

“According to Adcorp’s research, economic activity in the unofficial sectors, (6.19 million) very nearly equals the number of unemployed and discouraged people in the formal sector (6.43 million), which suggests – if the informal sector is fully accounted for – South Africa’s situation is quite different from what has typically been portrayed.

“The unemployment rate in the formal sector may well be 25.3 percent, but there is no question the rate of people totally excluded from any form of economic activity, including the informal sector, is possibly as low as 11 percent.”

Thee author concludes: “We have looked at our ability to create jobs through one eye, that of the formal sector and the developmental state; we have totally underestimated the entrepreneurial spirit in the informal and second economy.

Another myth the authors explore is that of SA’s famed inequality. We are, according to popular perception, one of the most unequal societies in the world.

The World Bank has a schedule whereby it publishes the Gini Coefficient of all countries, provided it receives the information. South Africa has a figure of 0.63. But look at the website carefully – the last figure for South Africa is for 2009. Counting the number of countries that show their figures for 2009, you will see there are 42.

We could conclude then that in 2009, out of the 42 countries for which the World Bank has figures, South Africa has the highest Gini Coefficient out of the 42.

There are about 232 countries in the world (depending on how one defines a “country”), 193 of which are members of the UN.

The Gini Coefficient calculation excludes all income received in the form of government grants.

South Africa is one of the countries spending the largest part of our GDP on social grants and social assistance, at 3.2 percent. Only Norway, Sweden and Denmark spend more at 4.2 and 4.4 percent. Taking the provision of social grants, free water, free sanitation and free electricity, and by allowing for personal income tax, our Gini Coefficient drops significantly.

So perhaps we are not the most unequal society in the world.

“Our previous measurement methodology has been flawed. There is a different picture out there and this has massive implications for policy formulation.”

Perhaps our real unemployment figures are much lower than the official figure of 25 percent. Think of the caddies at our 400 golf courses, car guards, illegal miners, etc.

Another myth is that of dropping university standards. It is estimated that there are 20 000 universities globally. SA has 23 universities and universities of technology.

The bottom line: we tend to exaggerate our weakness and underplay our strengths.