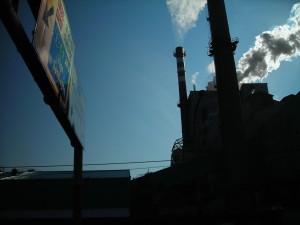 The new Labour Relations and Employment Equity Acts have far-reaching implications for employers and temporary employment agencies. Under the amended Labour Relations Act (LRA), temporary employment agencies and their clients will become jointly and severally liable for unfair labour practices. Currently only agencies are liable for adverse awards in unfair labour practice cases. Furthermore, in terms of the amended Employment Equity Act (EEA), remuneration for non-permanent employees must be on a par with permanent employees. Currently there are no special regulations regarding pay rate differentials between any categories of employees.

Adcorp economist Loane Sharp estimates that it will cost the country R155 billion a year to equalise the cost of temporary and permanent workers. Where employers are expected to find this additional money is not explained. Leon Louw of the Free Market Foundation has argued that all laws carry costs – and unintended consequences. Successful countries subject all new laws to a rigorous cost-benefit analysis, conducted by independent analysts rather than government bureaucrats. Those proposed laws that do not meet the cost-benefit threshold are rejected. This is clearly not happening in South Africa.

Louw argues that some laws achieve the exact opposite of what they set out to achieve. For example, mental health laws promote and create – you guessed it, more mental “illness”. The war on drugs creates more drug criminals and, based on statistical evidence, more drug use. Working on Louw’s hypothesis, the new labour laws may backfire by widening rather than narrowing inequality between temporary and permanent workers. In fact, it seems more than likely that companies will find ways to circumvent these highly costly new laws by simply firing permanent workers of a certain pay grade and re-hiring them as contract workers.

Sharp highlights some of the key changes that are on the way (these legal amendments have been approved by parliament but not yet implemented):

Bearing these facts in mind, he states that significant inspection and enforcement problems can be expected.

“The unintended consequence will be that large, blue-chip employers and their largely JSE-listed employment agencies representing 8.4% of national employment will face high levels of scrutiny, whereas small and mid-sized employers representing 91.6% of the national workforce will evade scrutiny altogether,” Sharp says.

“Bearing in mind that the government’s intention was to purge the small independent agencies and regularise the large and largely compliant agencies, industry statistics suggest that the exact opposite will occur.”

Adcorp calculates that the cost to equalise permanent and agency workers’ wages on a narrow interpretation of the EEA will be R78.2 billion per annum – a 69.2% increase in the current annual payroll of agency workers. Apart from the roughly 1 million agency workers in South Africa, there are 2.9 million non-agency temporary workers, i.e. temporary workers engaged by employers directly without the use of intermediaries. The cost to equalise these workers’ wages will be R154.9 billion – an increase of 47.4%. In total, the EEA as envisaged by the government will add R233.1 billion (or 13.8%) to the total national payroll.

With these sorts of costs involved, it is anticipated that employers will find innovative ways to avoid these costs. For example, it seems highly probable that all permanent workers within a particular pay-grade will be dismissed and new employees will be hired as fixed-term contractors. The employer will incur the once-off cost of severance for the dismissed permanent workers (being 1 week’s wages for each completed year of service) and a once-off cost of training for the newly hired workers (being roughly 6% of an employee’s cost-to-company remuneration for a 3-week training regimen), and the employer will in this way substantially reduce his long-term employment costs.