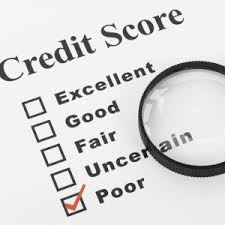 In a written reply to a question from new Agang SA MP Molapi Plouamma, Davies said the legislation would assist “in that potential employees will not be adversely affected when they apply for jobs that do not involve handling of funds or do not involve high standards of honesty”.

Plouamma had asked whether in the light of Zuma’s acknowledgement on May 24 that poverty, inequality and unemployment still persist, Davies is intending to introduce legislation to combat the discriminatory practice of disqualifying job seekers because of adverse credit profiles.

Davies said that through enforcement of the notice and regulations and sections of the legislation, the National Credit Regulator would encourage employers and credit bureaus as well as credit providers “not to abuse the system any longer”.

Education and awareness of consumers by the department of trade and industry and the regulator would also intensify “in order to curb the abuse”, said Davies.

During the trade and industry portfolio committee consideration of the legislation, it was proposed that adverse credit information be removed as soon as the credit provider has submitted proof that the consumer has paid the debt owed.

The legislation was given the nod by parliament before the national election in May.