South Africans who punch above their weight overseas 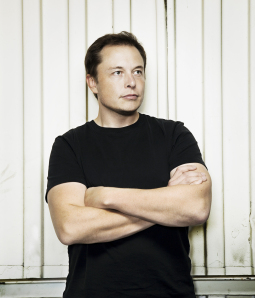 South Africans tend to think of themselves as minnows in the world of big business, but that would be under-selling themselves. It’s true that South Africa accounts for roughly 1% of the world’s gross domestic product, but when it comes to sport and business personalities, we tend to punch above our weight.

There’s an impressive list of South Africans who have made it big abroad. Think of Mark Shuttleworth, founder of internet security company, Thawte, which he sold for R3,5 billion in 1999, making him the youngest billionaire in SA’s history.

His achievements have been eclipsed by Elon Musk, the founder of Tesla Motors (the world’s first electric sports car), co-owner of online payment system PayPal (later sold to eBay) and Space X, which focuses on developing advanced rocket technology. Musk was educated at Bryanston High and Pretoria Boys before moving to the US to launch his phenomenal career as an entrepreneur. His iconoclastic style has won him an army of admirers around the world, even a cameo role in the Iron Man movie (he is said to be the inspiration behind the movie’s chief character).

In the mining arena, South Africans have excelled the world over. Recently departed CEO of Xstrata Mining, Mick Davis, was formerly chief financial officer at Eskom. He built Xstrata into a R750 billion group before departing from the group earlier this year. Mark Bristow, CEO of Randgold Resources, has taken what was originally a South African business into an international gold mining force. And let’s not forget the Oppenheimers, Ruperts, Donny Gordon (founder of Liberty Life), Steve Koseff (CEO of Investec), and Brian Gilbertson, formerly CEO of mining group BHP Billiton, all of whom made good abroad.  This list is by no means exhaustive, but it shows that at the top rungs of business, South Africans can soar with the best of them.

An ever-increasing number of South Africans are experiencing working life abroad due largely to the expansion of local companies into Africa and the Middle East. One need only travel to West African countries such as Ghana and Nigeria to see the extent to which South African companies have come to dominate markets such as cellular networks (MTN is market leader in Nigeria and Ghana), cable TV (DsTV is available across the continent), mining (Anglogold Ashanti and Goldfields, which are headquartered in SA), as well as construction and engineering (represented by companies such as Group 5, WBHO and Murray & Roberts).

On a recent visit to Accra in Ghana I could not help notice the South Africans swarming around the hotel lobbies. Bankers were there with cheque books in hand, miners were there to prospect new mineral deposits and, alongside them, an army of product salesmen and service agents. With economic growth rates of close to 7% in Ghana and Nigeria, versus an expected 2% in SA in 2013, it is little wonder that South African companies are casting their eyes north.

A recent survey by Grant Thornton says 36% of business executives believe uncertainty about South Africa’s future political direction is affecting their business decisions, while 32% said current conditions were causing them to put off important investment decisions. Just as important, 19% are placing investments offshore rather than in South Africa, while 7% are considering packing it up altogether, or emigrating.

Philip Park, MD of Professional Career Services (PCS), says South Africans are well regarded in the international job market due to a strong work ethic and corporate standards that are the envy of the rest of Africa. “South Africans are also used to African conditions, hence they find little trouble adapting to the conditions in other African countries.

“Over the last 10 years South African companies have diversified their income sources and are now heavily represented across the African continent. With that comes greater demand for candidates with specialised skills, willing to work in sometimes challenging conditions. Miners and engineers are used to working in difficult conditions, but now we are seeing demand for financial and other types of skills in remote parts of Africa. The pay is good, there are tax benefits and it definitely looks good on the CV to have worked abroad.“

The skills exodus currently underway differs from that of 20 years ago when South Africans, concerned over the political future of the country, headed for Australia, the UK, US and Canada. Fewer South Africans are emigrating today. Those who are leaving are venturing abroad in pursuit of better job offers and international experience with the intention of returning to SA once the contract ends. Another factor driving people abroad is affirmative action.

The exodus of skills is more pronounced in some sectors than in others. One HR executive, asked whether there is any evidence of a skills drain among engineers, replied: “Due to the fact that there are not many bulk materials handling engineers around, leads me to thinking that there does seem to be some sort of exodus.  I think the economy is a huge driver of this. Some individuals would prefer to work in remote places to obtain the cash benefit that comes with it.  Another driver is affirmative action, indicating that some companies would prefer to employ BEE candidates only.”

SA’s brain drain started in the 1970s, accelerated in the 1980s and 1990s, but now looks like it might be reversing. According to Donovan Neale-May, managing partner of the South African Business Link to Experts (Sable) Accelerator, there’s a huge pool of South African talent just waiting to be tapped, with many expats interested in coming back home. She believes this could be the start of a brain gain for the country.

The country’s talent migration abroad has created a valuable knowledge network and a latent asset base that can boost South Africa’s competitiveness. “There is a massive pool of predisposed South African expatriate talent waiting to be tapped globally,” comments Neale-May, who is also the chairperson of the Rhodes University Trust USA, according to a report in Moneyweb.