Want to be more productive? Ditch Facebook, focus on one project at a time 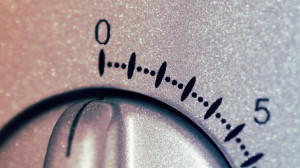 Here are some useful tips for productivity from Kathleen Davis, editor at Fastcompany.com. She suggests getting away from Facebook, focusing on one thing at a time and hauling out the old-fashioned “To Do” lists. What’s great about this article is that she asks advice from some of the top productivity gurus in the world. Enjoy!

Last year I used a kitchen timer to force myself to focus; I blocked the Internet and email so I couldn’t get distracted; I set an auto-response on my email; I wrote a lot of to-do lists. I even started getting up earlier.

As you can see, I’m kind of obsessed with productivity. Which makes this the perfect place to be because our experts and journalists are constantly coming up with new methods to hack the conventional ways of working.

But trying to wade through so much coverage of how to do things more efficiently can get in the way of actually getting things done. So in the interest of saving you time, we’ve asked some of the most super-productive people with whom we work to share how they manage to accomplish so much:FOCUS ON ONE BIG TASK AT A TIME

“It’s all too easy to get distracted by ‘work’ that takes up a lot of time and energy but isn’t ultimately changing your trajectory,” says David Rusenko, CEO of Weebly. “We see this all the time–entrepreneurs focus on the minutiae instead of just getting started, and getting something out there.”

FOCUS ON ONE BIG TASK AT A TIME

“It’s all too easy to get distracted by ‘work’ that takes up a lot of time and energy but isn’t ultimately changing your trajectory,” says David Rusenko, CEO of Weebly. “We see this all the time–entrepreneurs focus on the minutiae instead of just getting started, and getting something out there.”

ORGANIZE YOUR DAY INTO TIME BLOCKS

Some people are early risers, some are night owls, while others hit their stride mid-day. Ekaterina Walter, CMO at Branderati, and author of Think Like Zuck, advises to figure out when during the day you are most productive then establish blocks of time get more focused work done. “You can even set a recurring email going out to people telling them not to expect an immediate reply to their emails during those times,” she says.

DO THINGS YOU DON’T WANT TO DO

“Remember this sentence, tape it to your monitor, tattoo it on your wrist: You don’t have to ‘feel like’ doing something in order to do it,” says Oliver Burkeman, author of The Antidote: Happiness for People Who Can’t Stand Positive Thinking.

“When I manage to remember that, I’m no longer sidetracked by trying to get into the right frame of mind for daunting projects. Don’t beat yourself up for procrastinatory feelings. Just feel them, and simultaneously direct your limbs to do the work.”

DON’T GET PARALYZED BY PERFECTION

“A career contribution isn’t made in a single ideal moment,” says psychologist and author Art Markman. “It is a collection of good and great moments that add up over time.”

The best project is a completed project he says. “It’s easy to get paralyzed by perfection, but it’s better to get something out the door than to hold onto it for a long time hoping to remove every flaw.”

STAY IN THE MOMENT

If you feel overwhelmed (like pretty much everyone), it might not be because you have so much to do, but rather that you are trying to do too much at the same time, says Douglas Merrill founder of ZestFinance (formerly VP of Engineering at Google).

“If you’re talking to your daughter, talk to her; don’t think about email. You can’t do two things at once–it’s physically impossible for your brain to multi-task,” he says. “Even if you don’t lower your workload, doing one thing at a time will help you do better and, equally importantly, feel better.”

PUT YOUR BRAIN ON AUTOPILOT FOR THE SMALL STUFF

Some super productive people don’t waste their time on the small daily decisions that take up much of our brain space. Prerna Gupta, chief product officer of social music app Smule says she’s able to tackle big picture problems by eating the exact same thing for breakfast and lunch every day. She calls it “reducing decision fatigue.”

Sometimes the simplest methods are the best. “Every day, I write down the various tasks I want to accomplish and check them off as I go through them and complete them,” said Francesca Gino, a professor at Harvard Business School, and author of Sidetracked: Why Our Decisions Get Derailed and How We Can Stick to the Plan.

“Seeing the progress makes me feel good and, research says, more productive. It also helps me be a bit more realistic in understanding what I can accomplish every day, and which tasks are top priority,” she says.

GET AN ACCOUNTABILITY PARTNER

“The promises we make to ourselves are easy to break,” says Laura Vanderkam, frequent contributor and author What the Most Successful People Do Before Breakfast. “It’s much harder to call a friend on Friday and inform her that ‘I failed.’” She set up weekly check-ins and which kept her motivated to complete the first draft of a novel in 2013.

Drake Baer spent most of 2013 writing about productivity, and when he needed a break he says the thing that kept him going wasn’t checking social media or email. Instead, he says he goes for a walk, gets a snack to stave off hunger, or sneaks into a conference room for a brief bit of meditation.

DEAL WITH IT ONLY ONCE

“Deal with something only once. Do it now. Then it’s off your mind, and you can fully focus on the next matter.”

He says the “deal with it only once” policy works for three of the most nagging aspects of everyone’s day: email, meetings, and requests for help. Answer all as soon as they come up and get them out of the way.

Author and entrepreneur Faisal Hoque has mastered the art of doing one thing at a time. In fact he’s so good at “single-tasking,” that he can lose himself mundane task like vacuuming and help ground his focus for his work. “Being in the moment allows us to escape from adversity, conserve our inner energy, and be more consciously productive,” he says.