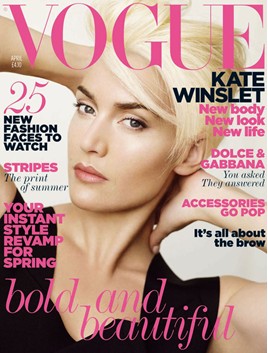 Yes, I hear you complain about them every day, writes Lesley Jane Seymour: Those millennials (people reaching adulthood around the year 2000), they ask about vacation time in the first interview! They get a bad cold and disappear for days! They want my job after a week in their job! “Who do these upstarts think they are,” you moan to me over every business lunch. I feel your pain—but question your premise. Sure, there are tons of indolent slackers lounging in their parents’ rec rooms and some of them should stay there because they make terrible employees. But don’t dismiss the generation; just take some hiring and management precautions. Here, three steps to weeding out the duds and finding the eager hard-chargers who’ll stick around, build your business and make you look good.

1. Be brutally honest in the interview. I used to mince words with prospective empHow to hire oyees. In my lexicon, senior people with monstrous egos that needed to be not only tolerated but massaged were referred to as “challenging” or “difficult.” I’m not polite any more. I tell the prospective employee that publishing environments can be hard to work in. I also tell them I don’t allow screaming, yelling, throwing things at the magazines I run…but those “difficult” people will still find ways to torture you. (I don’t, of course tell them that back in the day, when I was starting out at Vogue, one of the fashion editors threw a box of yellow Kleenex at a friend of mine saying, “Don’t come back until these are white!”) I also tell them publishing is a very stagnant business right now. Several tiers of the job ladder have been eliminated and now there are only assistants and senior editors. Where I used to have five mid-level jobs to promote assistants into, I now only have one. I tell them it can take four years instead of two to advance. If they are still sitting in the chair across from me when I’m finished with this non-seduction, I figure they must really want the job.

2. Don’t hire them if you sense even a whiff of entitlement. I tell every prospective employee that they will be gofers for the first two years (that means chores like packing clothes for shoots and doing their boss’s expenses) even if they won’t be. When one young man who wanted to be a magazine writer said, “But my university led me to believe…,” I said, “Stop right there. No one cares what your college led you to believe. They only care if you can use a copy machine and answer phones. That is how we all started.” No surprise: Our discussions ended there.

3. Do a hunger check. For a big part of my career, my assistant’s chair was held by a revolving door of Smithies. I wasn’t looking for a Smith girl; it’s not as if I graduated from Smith and wanted to do something for my alma mater. It just so happened that at the time, these smart, heads-down kinds of girls worked perfectly in the all-female environment of a fashion magazine. Later on I tried out grads from other Ivies, but after going several rounds with Harvard kids who embarrassed me with their sloppy, “I’m above all this” office work, I put a moratorium on Harvard diplomas. (See, you don’t have to be a millennial to feel entitled.) I feel the same way today: My hardest-working, most attentive, most intelligent starters still come from schools with un-fancy names. They’re millennials, for sure, but not slackers. I have come to believe that America’s top-tier schools are doing their graduates a disservice by boosting their expectations about starter jobs. Entry level is the great flattener of the working world.

4. Remember, everyone announces themselves in the interview. I learned this the hard way when I ignored my gut response and hired a young woman who made me feel uncomfortable in the interview. She startled me during our first discussion when she suddenly asked intimate questions about my children. Turns out that in preparing for the interview she had done something smart: She’d gone back and read all of my editor’s letters, in which I’d written often about my kids. But she didn’t explain that in the interview, leaving me to feel she’d snooped in a creepy way, which made me squirm a bit. But I hired her. Our entire time together (less than a year) was marred because she constantly tried to front run my desires and fumbled them; she couldn’t wait for direction.

5. Shake ‘em up a bit. Ok, so I’ve worked with some of the scariest people in publishing—and made it through. While some people are just mean and awful because they can be, I’ve carved out a spot as a pretty nice guy who is tough but fair. But every now and then, especially when working with the overly pampered (millennial or otherwise), I find it’s a good idea to borrow a trick from the monster-boss playbook and send a tiny chill down their spine. I am a little sterner than I would normally be; I play the tough parent who won’t put up with the crap they just handed me. I let them know I set a high bar and plan for them to jump high enough to clear it.

6. When you find the good ones, help them move up—even if that means losing them. Yes, I said that. When you find those great millennials, be generous. Part the waters for them, give them perks, jump into their court and use your influence to move them along to the next tier when it’s time—even if the better job is not in your shop and it kills you to lose them. That’s how you win their loyalty. Forever. And you just may be nurturing an employee who’ll come back to you years later.