The world has no answer to sheer persistence 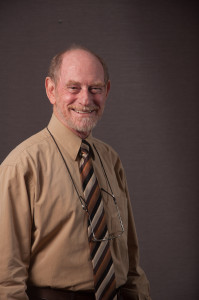 When the going gets rough, persist! This has been drummed into us since we were children. If you examine the lives of the world’s most successful people, you find the one thing they have in common is persistence.

We often imagine success came easily to people like Steve Jobs or Bill Gates. If you read up on their lives, you will find they had pretty much the same choices as anyone else. What makes them different is what they did with those choices. They both suffered multiple, crushing failures in their careers, but they pushed on to ultimate victory.

Here’s what the late Steve Jobs had to say about his success: “You have got to be willing to fail. You’ve to be willing to crash and burn. With people on the phone, or starting a company or whatever, if you’re afraid of failing you won’t get very far.

“Most people don’t get those experiences, because they never ask.”

Jobs called up Bill Hewlett of Hewlett-Packard fame when he was just 12 years old. “Hi, I’m Steve Jobs, I’m 12 years old and I’m a high school student. I want to build a frequency counter and I was wondering if you had any spare parts I could have.”

Hewlett laughed and was clearly touched by the boldness of the young kid, who found his number in the phone book. He did indeed supply some parts to the young Jobs. He also gave Jobs got a summer job at HP working on the frequency counter production line.

“I’ve never found anyone who said ‘No’ or hung up the phone when I called. When people ask me, I try to be as responsive as possible, and repay that debt of gratitude,” said Jobs some years ago.

The thing that stops people from picking up the phone and making that call is the fear of failure. Nothing freezes a person like the fear of failure. They tend to take it all very personally and would rather not put themselves through the degradation of being turned down for a job, a date or a promotion. They end up living stunted lives away from the limelight and away from responsibility.

You can see this in any area of life. Some of the most talented musicians in the world end up as backing performers for others who are prepared to step forward and take the limelight. Some of the brightest minds in the world are buried away in a corporate back office hoping that no-one will demand too much of them or ask them to make a decision.

J.K. Rowling, author of the Harry Potter books, is currently the second-richest female entertainer on the planet, behind Oprah. When she first started writing Harry Potter in 1995, she was turned down 12 times by publishers. The thirteenth time she approached a publisher, she hit the jackpot. Today the Harry Potter brand name is worth nearly $15 billion.

To which I would add: Failure and persistence are the milestones of victory – Philip Park.