New report points to better times ahead for construction 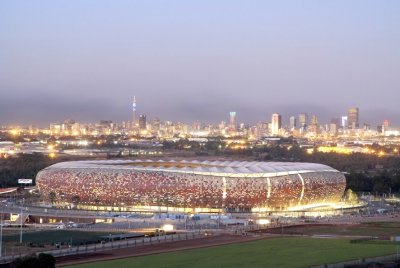 A new report just out from TechNavio suggests the lean times for the South Africa construction sector may be at an end.

South Africa, over the past decade, has scripted for itself a new growth story, driven by domestic demand and foreign investment, among other factors. The African continent’s second largest economy is poised for a heightened activity in its construction sector. This sector experienced a major boost in 2010 when the country hosted the FIFA World Cup; however, later there was a period of slowdown owing to the global economic downturn. The construction sector is expected to regain the momentum, driven by South African government’s National Infrastructure Plan. The energy, transportation, telecommunications, and housing sectors are expected to witness huge investments in the coming years.

TechNavio’s analysts forecast the Construction Market Outlook in South Africa to grow at a compound annual growth rate of 7.78 percent during the period 2014-2019. This is also likely to drive demand for skilled personnel.

One key trend upcoming in the market is the focus on the construction of energy-efficient buildings. In an effort to promote sustainable development, construction companies in South Africa are focusing on green building construction.”

One of the major drivers of this market is rapid urbanization resulting from a rise in construction of mega structures and high-quality infrastructure.

Further, analysts state that time and cost overruns is one of the key challenges faced by the market. Unavailability of funds, tedious and time-consuming rollout of projects, labor unrest, and project delays are some of the major reasons for cost overruns

Analysts recognise the following companies as the key players in the Construction Market Outlook in South Africa: Aveng, Group Five, Murray and Roberts and WBHO.

Other Prominent Vendors in the market are: Calgro, Esor, Fluor South Africa and Raubex.

One particular project that is expected to boost the national and Gauteng economy is a new 10-15 year project funded by Chinese company, Shanghai Zendai, to build a new city in Modderfontein in eastern Johannesburg. Once compete, the city will include 35,000 new houses, an education centre, a hospital, and a sports stadium and will house around 100,000 residents.

Chinese firm Shangahi Zendai bought the 1,600 hectare plot of land back in November 2013 for R1.06 billion from South African chemical and explosive company AECI and has plans to develop the site into a world financial centre to rival New York City and Hong Kong. The project is forecast to take around 15 years to complete and will provide jobs for local contractors, engineers and other workers in its construction, as well as 100,000 jobs in the new services available upon completion. The new city site is located on the Gautrain route between the OR Tambo International Airport and the central business district of Sandton in eastern Johannesburg, and will soon include a new Modderfontein station to enable easy access.

The transaction to purchase the property was one of the single largest foreign investments ever in South Africa. Shanghai Zendai is a Hong Kong listed investment company that develops and manages property projects in northern China, Shanghai City and Hainan province and hopes that the Modderfontein project will create a new hub for Chinese firms looking to invest in sub-Saharan Africa.